About Terrorists in Christchurch, Australian Ambassador Apologizes to Muslims - INFONEWS.CO.ID -->

About Terrorists in Christchurch, Australian Ambassador Apologizes to Muslims 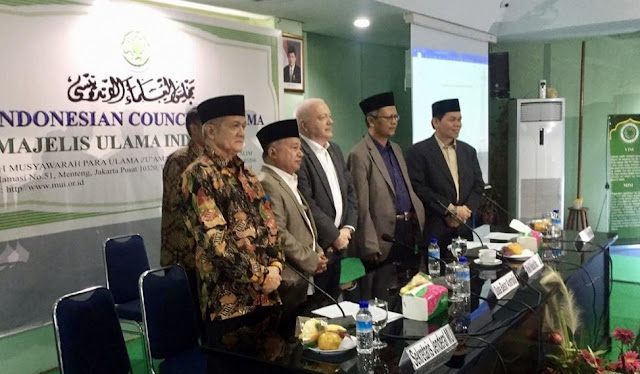 INFONEWS.CO.ID ■ Australian Ambassador to Indonesia, Gary Quinlan expressed his condolences for the tragedy at the An Noor Mosque, Christchurch, New Zealand. He also apologized because the incident which claimed 50 lives was caused by an Australian citizen.

"I, as the Australian ambassador, arrived here a year ago. I am really waiting for this meeting, especially after cases of murder and terrorism which happened to be terrorists from Australian citizens. On behalf of the Australian individual and government, I convey my deepest condolences. I am very sad, ”he said at the office of the Indonesian Ulama Council, Central Jakarta, on Tuesday (3/19/2019).

On that occasion, Gary also expressed his condolences towards Indonesian citizens who were victims of the mosque.

"Once again we express our condolences to all those who were targeted by the terrorist atrocities, especially from Indonesians, one who died and two were still undergoing treatment at the hospital, a father and a child," he said.

From this incident, the Australian government has taken positive steps so that the incident does not repeat itself.

"The government has taken positive steps such as meeting with priests, meeting with Islamic religious leaders and Islamic scholars, there also present along with the Prime Minister of Australia, leaders of political parties," he said.

Gary added, after the incident in New Zealand, the Australian Government also held a national prayer for the victims of the shooting. Where prayer is open to all Muslims and non-Muslims who wish to pray.

"On that day all the mosques were opened wide, and Muslims, non-Muslims arrived at the mosque and there was a kind of public lecture from the priests, explaining about Islam. I, as an ambassador for Indonesia and non-Muslims, also felt the need to learn a lot about Islam from Muslims, "he said.