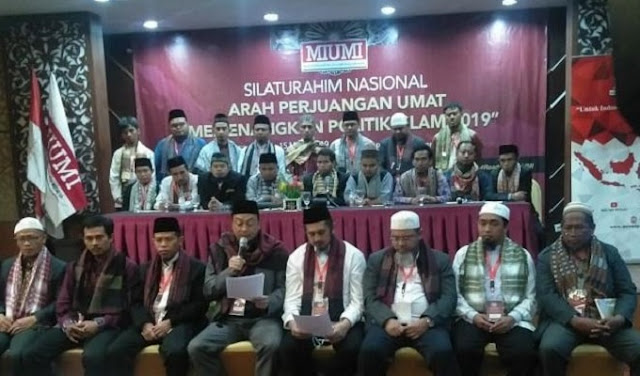 INFONEWS.CO.ID ■ The Indonesian Intellectual and Young Ulama Council (MIUMI) gave a statement about the acts of terror that took place in two mosques in Christchurch, New Zealand, on Friday (3/15/2019).

MIUMI Secretary General, Bachtiar Nashir said that as part of a country with a majority Muslim population, MIUMI strongly condemned the massacres carried out by savage terrorists.

"This savage act is a behavior that is contrary to human values, tolerance of religious people and world peace," he said on Friday (03/15/2019).

He continued, for this reason MIUMI demanded from the New Zealand government to investigate quickly and thoroughly arrest and give the most severe punishment to the perpetrators.

MIUMI also urged the Indonesian government to sue the New Zealand government to provide genuine security guarantees, especially the security of mosques and Muslims in New Zealand. MIUMI also calls on Muslims all over the world to continue to pray in congregation in mosques without fear of staying alert and guarding themselves.

Bachtiar Nashir said that this event gave the world the impression that the existence of Muslims is always a protector and teaches tolerance but on the contrary if the position of Muslims as a minority is always the target of tyranny.

MIUMI calls on the people of Indonesia and the world not to be provoked by the savage acts carried out by international terrorists.

"Appealing to the world's Muslims not to take revenge on other people who are not involved and to hand over this matter to the authorities and authorities," said Bachtiar Nashir.